Founder and conductor of Inner Vision Orchestra, the UK’s only blind professional orchestra, Baluji’s music has become a regular fixture at Rich Mix, often to be heard reverberating from our Main Stage.

One of the leading exponents of Classical Indian music, Baluji has been described by the Evening Standard as “sitarist to the stars” working with Massive Attack, Stevie Wonder, Coldplay, Boy George, Madness, and many other well-known artists. He has composed several outstanding new works including the world’s first opera in Urdu.

This year Baluji celebrates the release of not one but two new albums, with Seasons of India featuring the first studio recording of the Inner Vision Orchestra. We caught up with him to see how 2020 has panned out, and how this endlessly prolific artist is keeping creative.

Rich Mix: How did you begin Inner Vision Orchestra?

Baluji Shrivastav: India where I grew up has the largest number of blind people in the world, so Inner Vision began in my childhood at blind school where I used to direct the blind school orchestra. When I came to the UK and discovered there were so many blind musicians here but that they were out of work I decided to start Inner Vision Orchestra. The first concert was at The Royal National Institute of Blind People in the 1990s and when I formed Baluji Music Foundation in 2008 I developed it further. 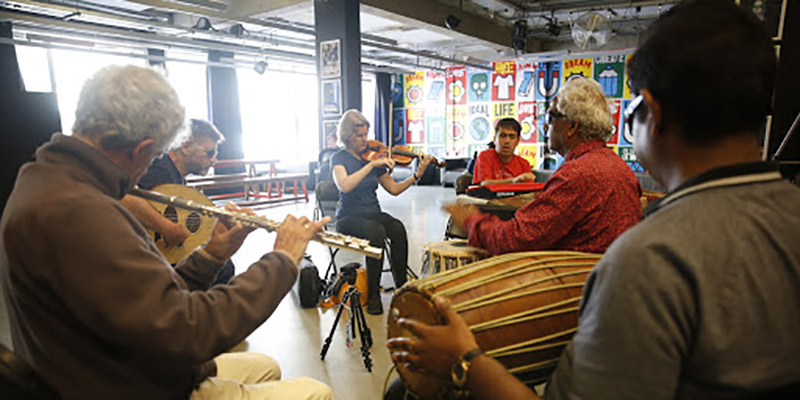 RM: What motivates you each day as a musician?

BS: I live music, I hear it in the sounds of everyday life, being a musician is just that, music is being, as long as I am alive music is my world.

RM: What’s something very few people understand about playing in an orchestra?

BS: Anyone who has been in a team can understand the joy of playing in a band, group, ensemble, orchestra.

RM: How do you stay inspired? Are there any artists or contemporaries whose vision has inspired you?

BS: I feel inspired when I hear children singing, or hear bird song, or meet other musicians and play music with them (social distancing of course). 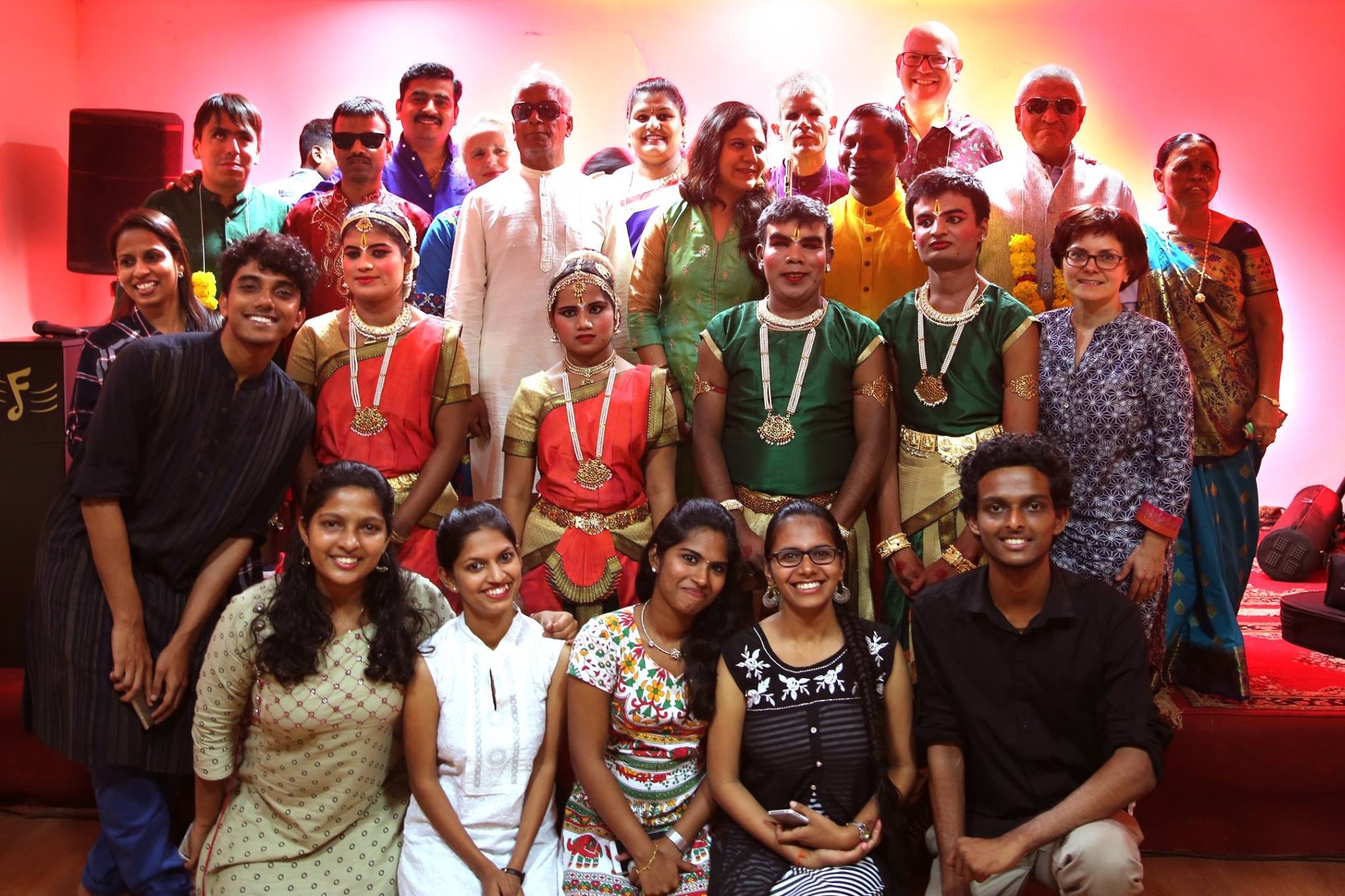 RM: How has your approach to music changed in 2020?

BS: I am very concerned to keep the orchestra motivated and musically alive, and stop them getting depressed. Being blind is even more challenging at the present time. Personally I am hoping to concentrate on composing some new work to be performed when we are unlocked, so I am looking for commissions.

RM: Can you tell us about an artist you have been inspired by in the past six months (since lockdown began)?

BS: I am inspired by my wife Linda Shanson whose creativity extends to all aspects of life. Creativity is the key, it permeates everything and transforms the mundane into art. Art is life – life is art.

RM: What’s your favourite memory of performing at Rich Mix?

BS: It was in 2017 launch of my album Best of Baluji, celebrating my award of OBE for services to music. There was live music from Inner Vision Orchestra with guest artists, food, friendship and a great atmosphere with a fantastic crowd and great support from the staff at Rich Mix.

RM: Can you tell us about your new album, Seasons of India? How did you record it, and what are the inspirations behind it?

BS: Seasons of India has captured the essence of Indian life that is infused with the customs and cycles that have shaped generations over millennia. There are regional variations in the timings and precise nature of the seasons, but there are major seasonal festivals celebrated throughout India alongside local customs. I grew up in rural India experiencing first hand the rhythm of the seasons flavoured by sounds, smells, songs, dances, legends and poetry.

Although India is being modernised, for the majority of people those seasonal festivals, foods and customs remain the same. The intense power of nature and her influence on music is encapsulated through my knowledge and imagination. It is the reflection of my life dedicated to the rich and boundless beauty of Indian music. 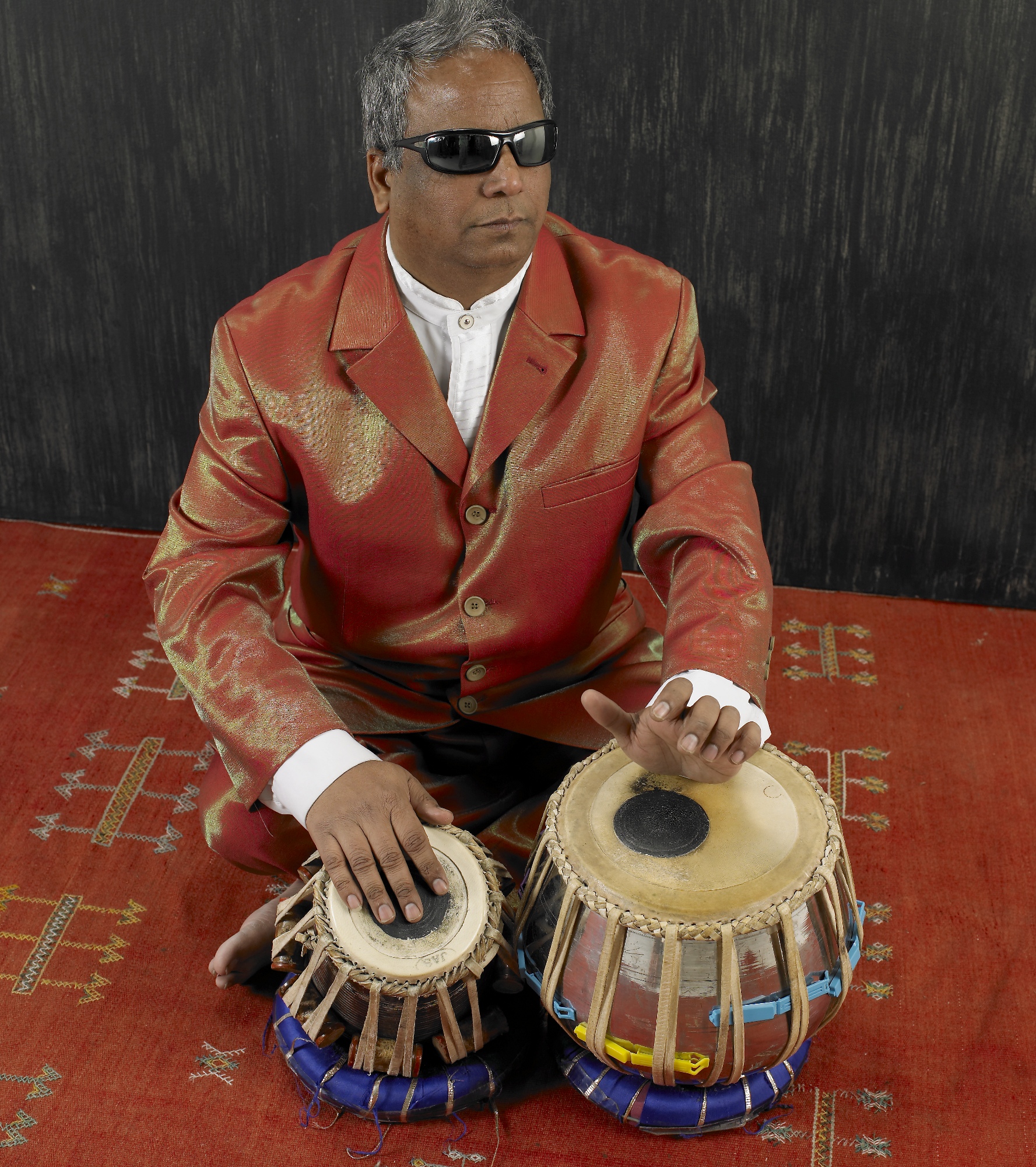 RM: What’s the perfect setting to listen to it?

BS: Find a peaceful comfortable place with a great sound system and enjoy!

RM: The new album features collaborations with different artists all of whom have performed at Rich Mix including the Inner Vision Orchestra, Ignacio Monteverde and Boo Boo Sianturi and Linda Shanson – how will you be marking the launch on Sunday 11th October?

BS: We will be celebrating the launch of two albums recorded in 2020: Seasons of India and Indian Classical Interactions – which celebrates my original inspired by different artists and musical forms. My passion for melody and rhythm inherent in Indian Classical music, together with poetic and philosophical insight in a series of compositions demonstrating what I can master as both a composer and a musician. This album is also a tribute to the musical and ethnic diversity of London and the UK which had been the cauldron for creative personal and musical interactions.

We are launching both albums on a virtual launch party on Sunday 11 October with film, interviews and music, plus some prizes! Join us!

RM: And finally, what is on the horizon for Inner Vision?

BS: We have a TV station, The Blind TV to give blind people visibility and an online YouTube premier concert series. We continue to practice alone and online and meet in small groups socially distant. We are also working with St. John’s Waterloo where we launched our Blind Spot live concert series in their gardens and inside the church. Listen back to their interview on BBC Radio3 Music Matters here.

Find out more information on the Seasons of Indian launch this Sunday.

Check in with Baluji’s website for more details of his album releases.

Sign up to our emails, follow us on social media or explore our website for the latest news on our arts programme, future development and plans.
More
Who we are
CLOSE WHO WE ARE
Closed today
Basket My account
Closed today
Who we are