We often find that the most valuable things get said behind closed doors and through voicenotes. We’d love to create a space where people feel comfortable enough to speak freely and express themselves without judgement to explore the topics which affect South Asian creatives.

The creative industry pigeonholes us despite South Asian individuals representing a quarter of the world’s population and one of the largest ethnic minorities in the United Kingdom.

So, how do we break down the ceilings placed upon us? How do we claim our narrative back? Do we fold into the systems placed upon us by whiteness or can we create our own?

A discussion across British South Asian generations, in particular, the Daytimers and Asian Underground of old vs the present Daytimers. We investigate whatever happened to that original Daytimers crew? What wisdom can the older generation give the young ones? What aspects of community-building can we learn from one another?

Samia (she/her)SAMIA is a DJ, a broadcaster on Reprezent and a freelance animation producer from Croydon. She helps manage the operations at Daytimers (a collective that champion South Asian artistry). She’s also a keen runner and the co-founder of the run club, Saath. Sweety KapoorSweety Kapoor is a music and arts curator, programmer and creative producer. Described as a cultural warrior, and dubbed Queen of The Asian Underground in her previous avatar-as co-founder & host (with Mercury Prize winner Talvin Singh) of the legendary Anokha nights at the infamous Blue Note club in Hoxton Square, Kapoor was instrumental in the rise of what became known globally as The Asian Underground movement.DJ RituDJ Ritu is a pioneering international turntablist & former BBC Radio presenter. She also hosts/produces ‘A World in London’ at SOAS Radio, University of London, and at Resonance 104.4FM. In the ‘90s she co-founded Outcaste Records, signing Nitin Sawhney and Badmarsh & Shri. She has toured extensively in over 30 countries with her bands Sister India and the Asian Equation, performing at major venues and festivals including The Big Chill, WOMAD, The Royal Festival Hall and Trafalgar Square.Provhat RahmanProvhat Rahman is a DJ and producer. He is also the founder of seminal collective Daytimers which champions South Asian artistry. Rahman also co-founded Dialled In, the UK’s first South Asian-focused underground cultural festival. As a producer, he has released on Rhythm Labs and More Time Records and has collaborated with NYC-based producer Enayet on the ‘Concert From Bangladesh’ project.

Since the hype of the first Dialled In, we haven’t all really had a chance to be in a room together and debrief openly. The first conversation includes some of the organisers of the festival as well as the artists who performed, exploring representation in music and how the intentions and narrative of a movement can be shifted and controlled by the wider industry at large.

The conversation will include: Ahad Elley, Provhat Rahman and Dhruva Balram.

Being Brown within a white-dominated creative industry is considered a marginalisation. But, within Brownness, there is an invisible hierarchical ladder. How do we envision an equitable playing field?

Sheerah Ravindren: Groundbreaking, Icon, GOD, creative and model using their platform as a space of self expression, talking on their personal experiences as a darskinned NB Queer Eelam Tamil person as well as speaking on issues important to them from an intersectional and nuanced perspective.Shantel Kaadir: Originally from Birmingham my parents are Jamaican and Pakistani. Raised in a ‘liberal’ single parent muslim household but also have always been around a diverse working class community. Having experienced anti – blacknesses and colorism from the South asian community, along side racism and islamabphobia from white people. Started working in the party scene when I moved to London as an event photographer, later on started my own night with my partner and a friend called Vibrate, an organic manifestation of the many house parties we would throw for our friends/community.  Vibrate is an East London based club night focused on catering to queer POC who enjoy bass heavy music (jersey club, drill, grime, hiphop, trap, baile funk etc).Almass Badat: No creative practice evades the talents and abilities of Almass Badat. In true polymath form, her ability to produce ground breaking work across directing, music, photography and more, is unparalleled. From shooting moving documentaries surrounding the Hijra community in South Asia, directing music videos and consistently giving a platform to up and coming artists all over the world on her Asian Network residency, Almass has a tireless dedication to master each and every craft she practices.

We have a limited number of free tickets available if the ticket price is a barrier to you attending. To request this, please email martha.rumney@richmix.org.uk.

This is an unreserved seated event.

We’ve reduced capacity for our events. Find out more about how we’re keeping you safe. 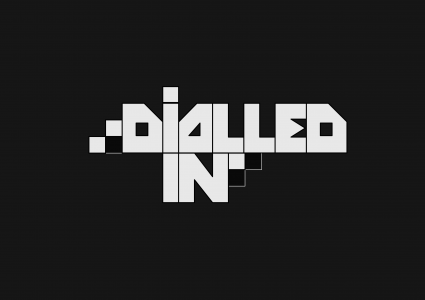