F-Rated Films in Our Cinema

Following our work with Underwire Film Festival and Cinema of Brazil: Female Perspectives in 2018, Rich Mix is committing to using the F-Rated system across all our films.

This rating is intended to help you identify films that had female filmmakers in key roles, either in front or behind the camera (see what’s F-Rated right now).

We’re doing this, because we believe it is fundamentally important for our audiences to be able to easily support women working in film.

This decision is about making it easier for you to choose the kind of ethical cinema you want to help shape, every time you purchase a ticket. 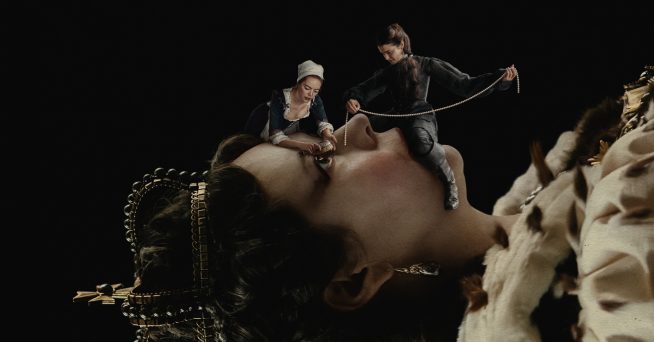 Artwork from Yorgos Lanthimos‘ The Favourite.

How the F-Rated System Works

Founded by Holly Tarquinii, Director of Bath Film Festival, the F-Rating system is a three-tiered approach to championing work by female filmmakers.

A film qualifies for being F-Rated if it has either a female director or screenwriter, and therefore contributes to the number of female perspectives that we see on the big screen.

If a film has both a female director and writer, it becomes FF-Rated. In the instances where a film also includes a high-profile female cast, it then qualifies for a FFF-Rating.

Why the F-Rated System Matters in 2019

The F-Rating matters just as much today as it ever did, because recent statistics clearly show how stark imbalances between men and women continue to be in the film industry.

Despite representing roughly 50% of movie goers in 2017, the movies released in 2018 did not reflect this.

Statistics taken from Women and Hollywood.

In Hollywood, that meant that for every 22 male directors, there would be one female director (The Guardian). 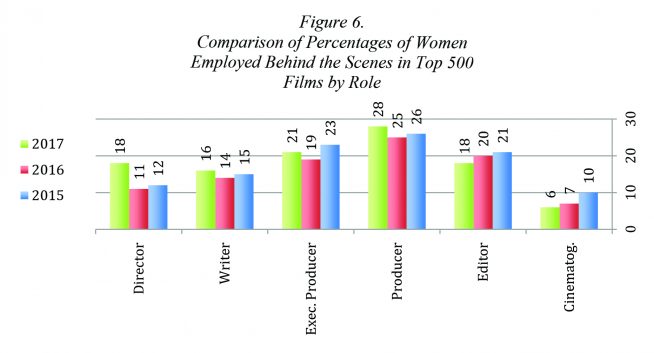 Image from The Celluloid Ceiling Report.

Moreover, of the seven top media companies that play a key role in deciding what films people see, 82% of senior executives were male.

The Academy Awards also annually reinforces this imbalance. To date, Kathryn Bigelow is the only woman to ever win the Academy Award for Best Director, and only five women have ever been nominated.

This is something that is set not to improve in 2019, as not a single female director was included in either of the Academy’s Best Directing or Best Picture categories (a step backwards from the four female-directed titles that were included in the latter last year).

And this is not just a problem in the US. 2018’s highly influential Cannes Film Festival also saw men outnumber women six to one in last year’s Palme d’Or competition.

This leads to an industry where gendered preconceptions, discrimination and abuse become widespread, with women often still being ‘perceived less suitable’ for senior roles or for topics ‘that required gravitas.’ 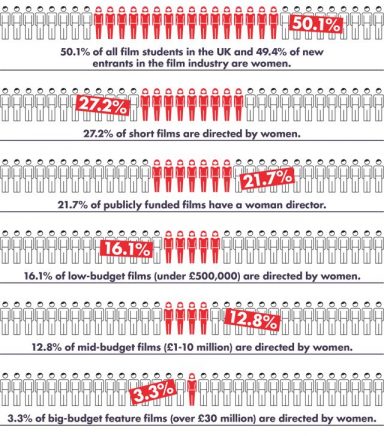 Image from Directors UK – Cut Out of the Picture Report.

This means that despite an almost 50:50 gender split on film higher education courses, less women are hired at each step up in the film industry. And 83.7% of women end up never directing a second movie, as opposed to 55.3% of men (The Guardian).

What’s more, this is all in spite of the fact that consumers have repeatedly and emphatically voted with their money for female-led movies, like The Favourite, in recent years.

In fact, between 2014-17, statistics show that female-led and Bechdel Test-passing films took more global box office revenue than their competitors at all levels of film industry (Shift 7). 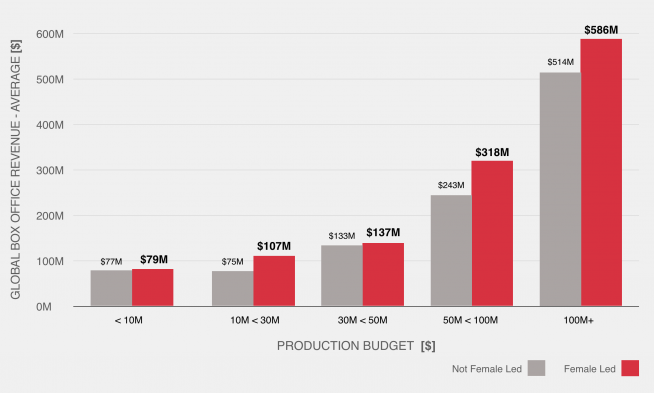 So we think it’s time to start listening to our audiences.

We want to help you easily identify female filmmaking, and allow you to support those projects with your ticket purchases, if that’s something that really matters to you.

But it’s also about more than just that. What we see on the big screen, and the stories we choose to tell, has a major impact on how we all see the world. And in many ways, the effects it has is a self-perpetuating cycle in the film industry. 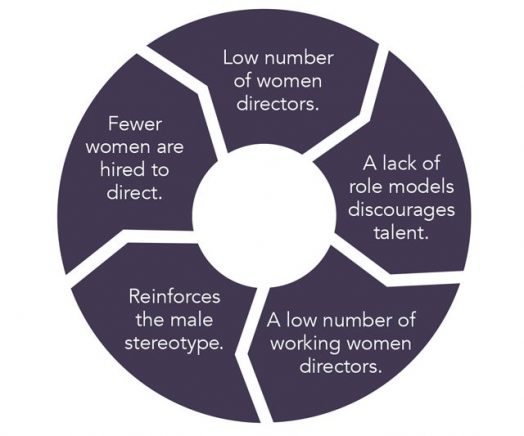 Image from Directors UK – Cut Out of the Picture Report.

By making the film industry a more equal place, we can challenge the gender prejudices and misogyny that exist in the world. We can take steps to change the way people think about both women and men everyday, everywhere.

Many thanks to the excellent Women in Film & Television for helping direct us in finding the statistics needed for this piece. See more of their reports.

Rich Mix Is a Charity!

Did you know that we’re a charity? All the profits from our cinema go into supporting emerging artists and bringing culture into the lives of our local community.

Every time you buy a ticket with us, you support our work!