Want to hear directly from people making their own way in the creative industries?

Scroll down to book your tickets.

Join us for a series of afternoon panel discussions which cover a whole spectrum of topics which will help you to navigate your own path in the world of arts, culture and technology.

2pm: Audio – Working in the World of Sound

For this discussion we will be joined by:

She’s the creator of Masala Podcast, winner at the British Podcast Awards & also Spotify SoundUp 2018. She’s also behind the Masala Monologues series of writing workshops & theatre shows in the UK & the US.

Dennis Cooke:
Dennis is Rich Mix’s Technical Co-ordinator. He specialises in lighting, is a sound engineer. Most of the events you see at Rich Mix have had Dennis’s technical input in them. Dennis is also a fantastic DJ.

Christy Ku:
Christy Ku is a poet, performer and workshop facilitator. She is an alumna of the Barbican Young Poets, Making Lemonade, National Youth Theatre and New Earth Academy, and a BBC 1Xtra’s Words First 2019 finalist. Christy has worked on commissions including poetry films, spoken word tracks and theatre shows with organisations such as the BBC, Apples & Snakes and the Barbican. She has been published in numerous anthologies including PanMacmillan, Own It! Publishing, and Magma Poetry. Christy founded BESEA Poets, a platform for British based East and South-East Asian poets. She is also the co-host and editor of the TeaTotal podcast.

Emil Socialize:
Emil is the Founding Director of Socialize Media a video production company that creates content for TV film and online. Emil is also a Broadcast Journalism lecturer at the University of Arts London.

He graduated with a Batchelor of Science in Business Information Systems and worked in graphic design before moving into software builds for brands including Cable & Wireless, NTL, Accenture, Sky and MMC.

After ten years in the job Emil was made redundant, and knew he needed something more creative for my next move; he was bitten creative bug and left the  Fintech sector for freelance videography and won contracts with EMAP, Sony, BBC, Kiss FM and Relentless Records.

In 2014 Emil embarked on my most ambitious project; to create the world’s first ever feature-length documentary about trainers and the sub culture here in Britain. Armed with a cameras and and trainer knowledge, I delved into the world of the SoleSeeker and the award winning film, titled ‘Soleseekers’, was born.

Deborah Shorindé:
Deborah Shorindé is a Nigerian audio artist, raised in South London and Southern Ontario. She is a multi-disciplinary creative whose work explores the intersections between identity, womanism, diaspora & community. Her work seeks to spark joy and encourage creative disruption in audio & other mediums.

Amina Darwish:
Amina Darwish is Head of Rights at Pluto Press; an independent publisher of radical, left‐wing non-fiction books. She is responsible for selling translation rights and developing partnerships for Pluto’s books in various formats including audio. Before joining Pluto, Amina was Director of Commercial Enterprises at Whitechapel Gallery; where she looked after a portfolio of income generating activities including artists’ editions, events, publications as well as the on-site bookshop, café & restaurant. Prior to that she held business development roles at the Natural History Museum and Yale University Press in London.

Ada Jusic:
Ada Jusic is a Bosnian artist and animator. Her work is strongly influenced by storytelling, dialogue and investigation; particularly the stories and experiences of marginalised communities. As a refugee who came to the UK in the early 90s, art and creativity was how she made sense of her story and identity. Now she works to help others do the same – through making thought provoking animation and illustration.

She is now focused on working within her community in Newham. She is often working with youth groups and is passionate about advocating for young people to have better access to arts.

​​Jamal Peace:
An Ex-electrician now a self taught generalist who works with animation, graffiti & 3D design for over 10 years

Andrew Farid Demetry:
Born and raised in Copenhagen, Andrew decided to follow his passion for the arts in London in 2006. After studying Fashion Design and Marketing, Fine Art BA and Fashion Entrepreneurship and Innovation MA, he began to work within both the Art and Fashion industries in London. From curating, developing and project managing an event space in East London in 2009, to conceptualising windows and installs for companies such as Christian Louboutin and Browns Fashion.

Due to the lack of Arab representation within the creative industries, Andrew founded NAFS.SPACE, an online platform celebrating creative Queers from the SWANA Regions. varying from artists, fashion designers, musicians and writers.

2pm: Concept – When Ideas are the Engine

For this discussion we will be joined by: Archie Maddocks, Writer and Comedian; Poppy Reeve Tucker, Executive Creative Director, We Are Family; Martha Rumney, Rich Mix Producer and Carrot, performance artist.

Archie Maddocks:
Archie is a multi-talented, multi-disciplined creative artist, with extensive experience in Comedy and Drama. As a Stand-Up Comedian, Archie is a confident, cheerful, provocative and most importantly hilarious award winning stand-up comedian armed with a natural stage presence, quick acerbic wit and a ‘winning smile’ – he’s worked all over Europe, North and Central America, Africa and Asia. As a writer, his work has been produced at the Bush Theatre, Lyric Hammersmith, Orange Tree Theatre, Royal Court, and in New York at the New Light Theatre for theatre, BBC Radio 4, and Sky One for TV show INTERGALACTIC.

Carrot:  Carrot is a non-binary drag vegetable from outer space. They crash landed on this planet in 2018 with the goal of spreading joy, silliness and campery to the queer venues in London. They’ve since established themselves as a staple of non-binary drag, created The Enby Show, been called “everyone’s favourite drag vegetable” by TimeOut London and performed across the UK.

2pm: The Road Less Travelled– Twists and Turns in Jobs and Life

For this discussion we will be joined by: Lynne Egwuekwe, Product Designer, This Place; Dwayne Nosworthy, Actor/Choreographer/Presenter; Simone Dyer, The Most Sacred Journey.

Simone Dyer:
Simone is immersed in the world of wellbeing & healing. She is a MotherGuide, a name that encompasses her expansive work in birth keeping and intuitive energy & body work, specialising in womb wellness. As part of her work she also shares her experience and wisdom through guiding both group and one to one sessions, exploring meditation, mindfulness and ways to know ‘self’ in a deeper, more connected way. Simone works with those committed to their own personal development and healing. Her intention is to always hold a safe, heart led space where you leave feeling inspired, empowered and deeply nourished.

Lynne Egwuekwe:
Lynne Egwuekwe is a Product Designer at Shoreditch based agency This Place, who design and create websites, apps and digital products for businesses globally.

Having worked as an actor, Lynne decided to switch careers and has since been named one of Google & The Dots 50 young creatives to watch, Livity’s 100 Future List and most recently was a juror for the internationally recognised D&AD New Blood awards, as part of the Spotify design panel.

Lynne is a firm believer that creative thinking and skills can be utilised in a variety of industries and that more thorough careers education is paramount to empowering the next generation of creatives.

Find out more about New Creatives.

Takeover Tuesdays are free events for anyone under the age of 30 to attend. 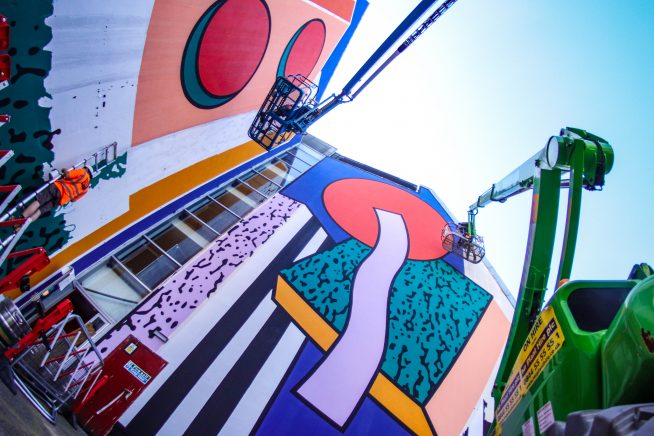 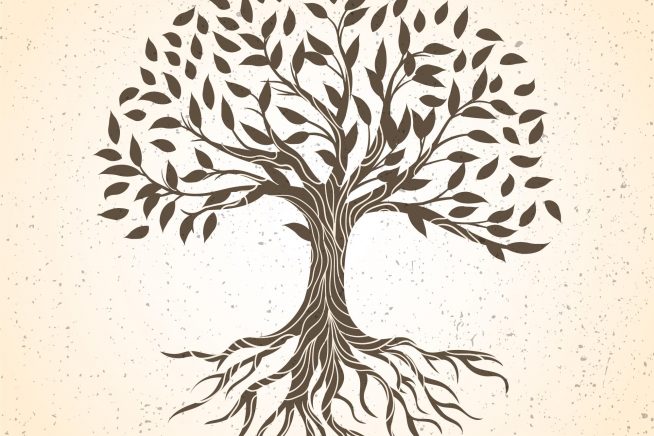