Join us for a panel discussion that explores Grime, youth culture, and the impact of cuts to youth clubs and changing landscape of youth provision in the East End of London.

This event coincides with the launch of Simon Wheatley’s forthcoming publication, ‘Lost Dreams’ a book that chronicles and remembers the role that youth clubs played in the early evolution in Grime culture. Alongside his new publication, Simon mentored a group of 10 up and coming photographers from Tower Hamlets for 8 weeks between February and March this year. An exhibition of their work, exploring their perspectives on youth culture today, launches in The Gallery at Rich Mix. Find out more about the Lost Dreams project.

The panel discussion will be facilitated by Dan Hancox:

Dan’s latest book Inner City Pressure: The Story of Grime (William Collins, 2018), weaves the explosive story of London’s grime music, and its stunning triumph against the odds, into the history of the 21st-century city, where gentrification, pirate radio, police harassment, riots and tragedy are intertwined in the evolution of this stunning and alien new genre.

Simon Wheatley is an acclaimed photographer who spent twelve years documenting grime culture. His book Don’t Call Me Urban! The Time of Grime played an important role in chronicling the emergence of grime and spans the years 1998-2010.

Jonathan is Senior Lecturer in Criminology at the Department of Sociology at City, University of London and author of Understanding Street Culture: Poverty, crime, youth and cool (MacMillan HE, 2015). He teaches and writes on a range of issues that span from urban violence to the policing of marginalized communities; from street music to subcultural politics, examining key struggles for survival, meaning and inclusion in 21st century society.

Hak Baker is a proud east Londoner. He is the artist redefining what it means to be a folk singer in the capital. Formerly a member of grime crew Bombsquad, his contemporary sound, which he calls ‘G-Folk’, is a blend of grime and folk and combines gritty lyrics and acoustic guitar playing. Hak features heavily in Simon Wheatley’s Lost Dreams.

Glade grew up on the Aberfeldy estate E14 in east London, in an era where the grime scene was the most popular music in his culture.

In 2003, when he was 14, he started rapping. He says ‘looking back, rapping wasn’t my thing, I was just such a big fan of the grime culture I wanted to be part of it, so I became an MC. Being young in the culture, it gave us a voice and a platform to express ourselves’.

Glade became part of a group called Bombsquad and in late 2005 released a music video on Channel U called B.O.M.B. The song was a hit and shot to Number 1 on the Channel U charts. Now 33, Glade no longer makes music, is self-employed, and has a podcast called #Brokenplays.

Lost Dreams is part of Rich Mix Resonates, a new programme bringing local people together with artists to co-create culture for our main programme.

Find out how we’re keeping you safe in our building. 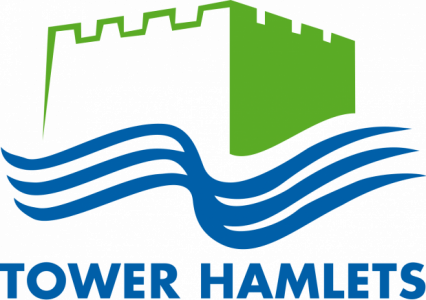