Our film education programme for primary school children has finished for another year, and we are so excited to be able to share the final films of this year’s project – themed ‘My Story, Our Story’.

After a year like no other, all of the schools and artists involved can be so proud of their achievements across this year’s Pic ‘n’ Mix.

This year’s ‘My Story, Our Story’ theme set out to encourage self expression and creativity in the young people taking part, supporting recovery from their experiences of 2020 and 2021, including issues relating to COVID and the discussions around police brutality relating to the Black Lives Matter movement. 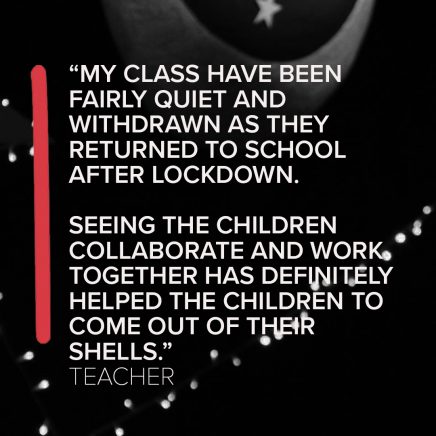 While we absolutely love the final films each school produced, they represent months of hard work, discovery and understanding that took place in the run up to pressing ‘record’. 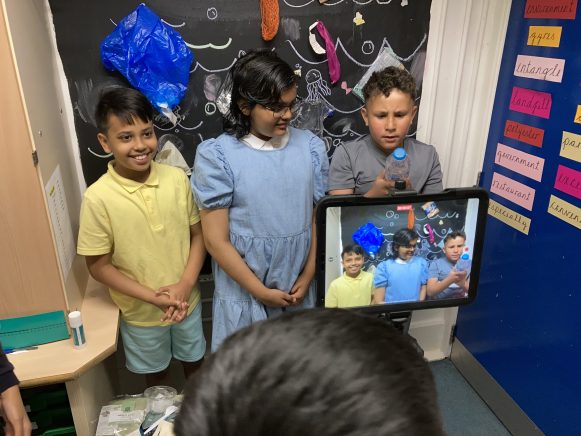 Young people begin making their own films around the ‘My Story, Our Story’ brief. 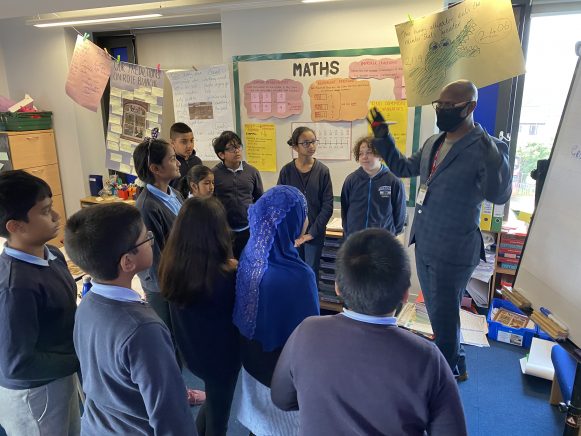 “I couldn’t believe the difference in some of the children. Comfortable ad-libbing lines, giving each other constructive directions from behind the camera. They all showed each other great respect during this and were open to hearing different artistic ideas and expression.”

— A teacher from a participating school 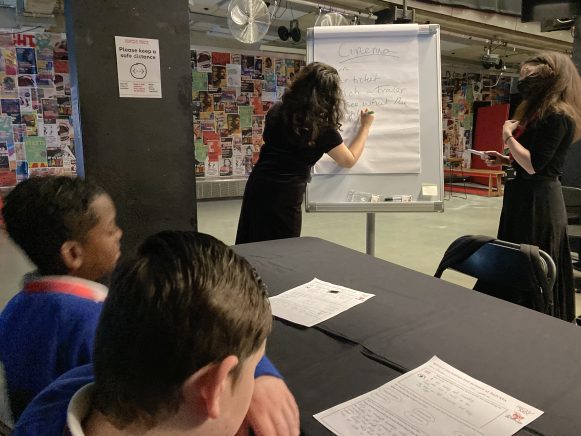 Our marketing team share their cinema knowledge with visiting pupils during the Takeover Day. 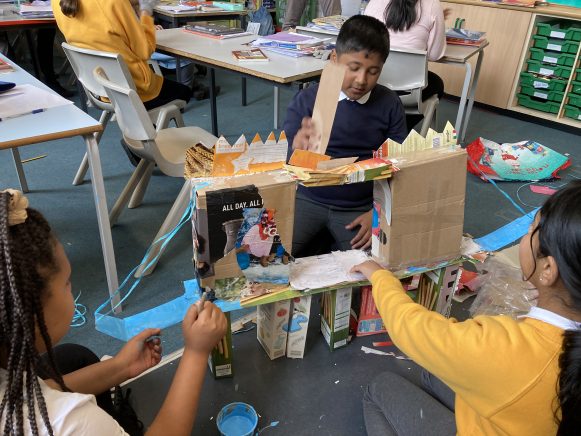 Students get to work creating sets for their films.

“This has been a project unlike no other that I have ever been involved in. Seeing the schoolchildren actively using their imagination to create poems and movie ideas has been a joy to watch.” 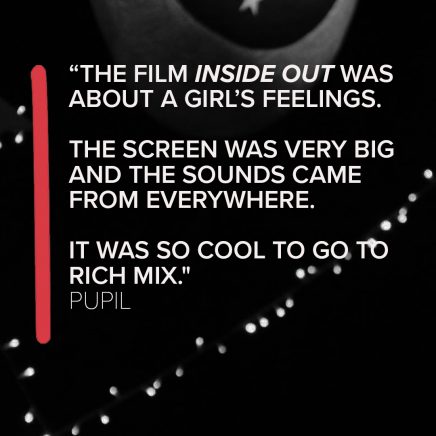 The opportunity for professional development for the Artistic Associates was one of the high points of this year’s programme, which Amani Saeed sums up here…

“I’ve learned so much about facilitating for people in general – because I’ve learned that you just need to speak to children like people. That means using clear and direct communication, and maintaining a good sense of humour. I would feel much more confident delivering workshops in schools alone.

The reason I am glad to have learned this skill is so that I can pass on the learning and opportunities I have enjoyed to the burgeoning writings from my background in my borough that they may not have otherwise had.” 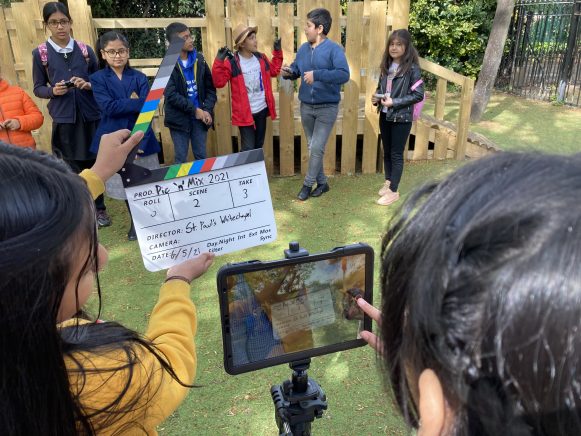 One of the unexpected outcomes from this project was that facilitators reported learning a lot about being spontaneous, creative problem solvers and flexible as they had to adapt over a variety of Zoom, pre-filmed, and in-person workshops to deliver during fluctuating COVID restrictions. Never would they have imagined filming in socially distanced settings to create ‘Poetry Professor’ workshops that the students could watch in their own time, had it not been for COVID. 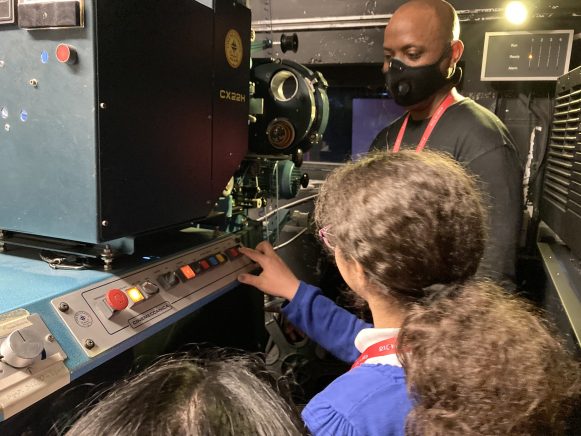 Our Technical Coordinator Dennis Cooke shows young people how films are projected on our cinema screens.

Although a major highlight of the programme in previous years has been when the children attended the Film Festival, we worked around still being able to host individual screenings by having separate schools in our building on separate days. As they love seeing themselves on the big screen, we still found a way! 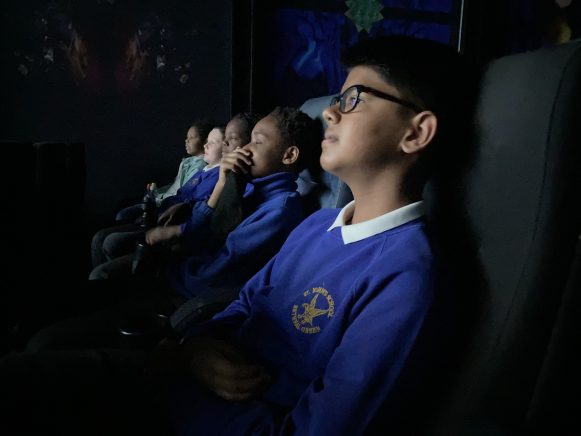 Students enjoying a screening of ‘Inside Out’ as part of our Takeover Day. 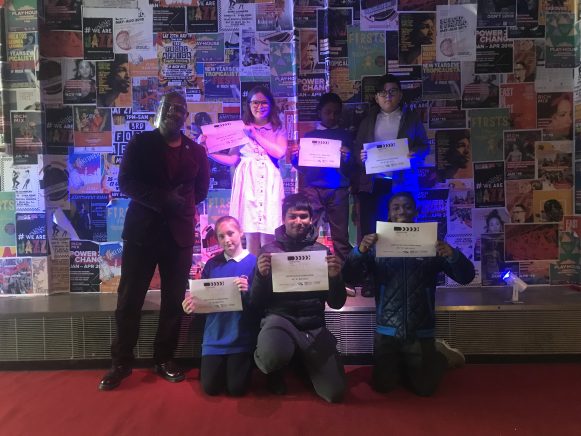 Young people receive their certificates at the end of another year of Pic ‘n’ Mix.

With thanks to all the teachers and children at:

Find out more about this year’s My Story, Our Story programme.

The programme is delivered in partnership with THAMES (Tower Hamlets Arts and Music Education Service) and supported by Canary Wharf Group, Derwent London, The Portal Trust and THAMES. 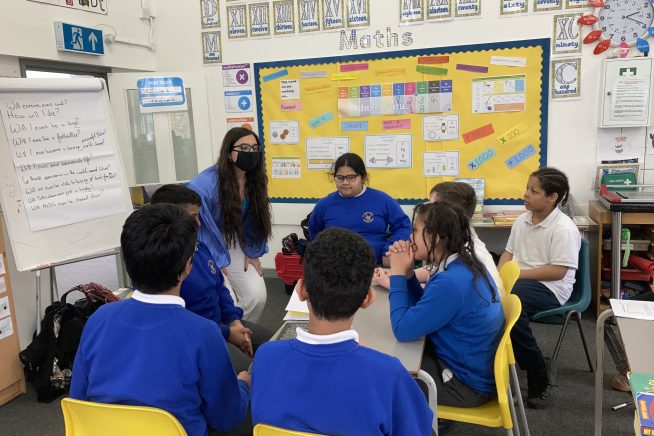 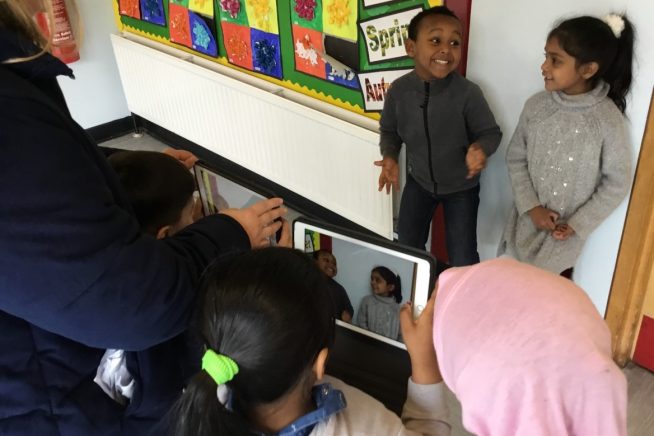